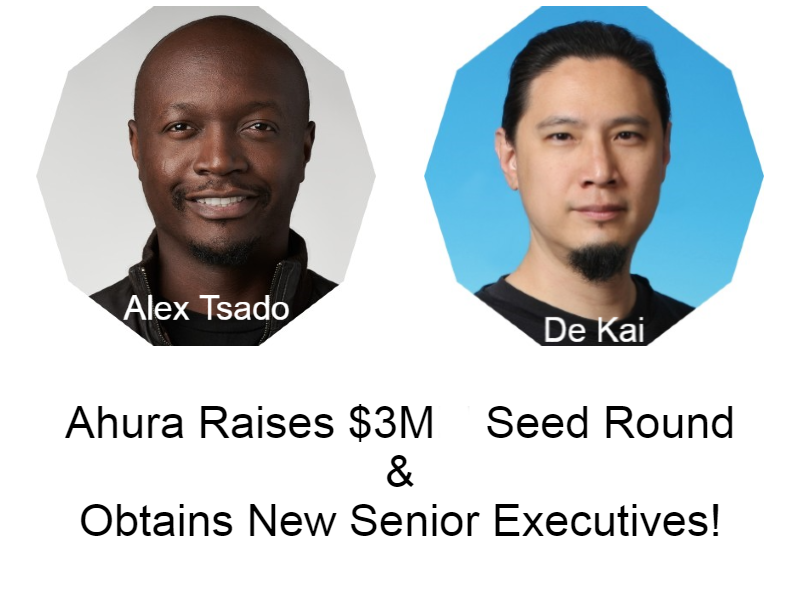 SAN FRANCISCO, CA — November 5, 2021— Ahura AI, a leading artificial intelligence startup announced the close of their seed round of financing and announced two new additions to the Ahura AI leadership team. Alex Tsado, formerly with Nvidia, Goldman Sachs, and Bain has joined the company as COO, and visionary technologist and inventor of web translators (the precursor to Google Translate), De Kai has joined the company as Chief Technology Advisor. Ahura AI’s $3M oversubscribed seed funding round came from CP Ventures, 2.12 Ventures and others.

According to the McKinsey Global Institute Report from 2019, an estimated 800M jobs globally will be lost to workforce automation and innovative technologies by 2030. Upskilling workforces has never been as critical to corporate existence as it is today. Rapid innovation is creating new tasks at a faster pace, and employees who are unable to acquire skills quickly enough are losing their relevance.

Alex Tsado’s career has been in leadership roles, organizing teams to be purposeful in developing and applying the most powerful technologies on the planet to broaden access and opportunities for people. In addition to advising the largest corporations while at Bain Consulting and founding non-profit Aliiance4ai to advise African governments on their AI blueprints, he was responsible for the NVIDIA cloud product, deploying every NVIDIA AI GPU on the public cloud to deliver the world-changing power of AI to millions of developers. In his new role, he will manage the company’s business and product development teams at Ahura AI to achieve the company’s mission.

“We are living in unprecedented times and urgency. With the impending workforce crisis in 2030, I’m pleased to be joining the groundbreaking team at Ahura AI to re-imagine upskilling to fundamentally impact the future for good. Ahura AI is guiding professionals at the top of their fields to address this challenge and apply it to saving people’s jobs and well-being.” said Tsado.

De Kai is a Distinguished Research Scholar at UC Berkeley’s International Computer Science Institute. A native of St Louis, he worked and traveled around the world before joining Hong Kong’s ambitious creation of Asia’s now top-ranked HKUST, where he developed the foundations of modern statistical machine translation technology, with broad applications in computer music and computational musicology as well as human language processing and built the world’s first public web translation service resulting in global coverage.

During his doctoral studies in cognitive science, artificial intelligence and computational linguistics at Berkeley, he worked on seminal projects on intelligent conversational dialog agents. His PhD dissertation employing maximum entropy to model human perception and interpretation of ambiguities was one of the first to spur the paradigm shift toward today’s state-of-the-art statistical natural language processing technologies. In 2019, Google named De Kai as one of eight inaugural members of its AI Ethics council, ATEAC (Advanced Technology External Advisory Council).

“My work’s focus has always been on creating tools to educate people to better understand each other across cultures and in the world around them,” said De Kai. “Ahura AI is doing groundbreaking work in an untapped area, the unconscious at work, and creating a platform that fundamentally helps people be more mindful, focused, and purposeful.

About Ahura AI
Ahura AI is an innovative AI leader who has developed a powerful platform that fosters true learning and skills knowledge, to positively impact the lives of companies and their workforces worldwide. Ahura AI has pioneered a way to advance learning exponentially, recognizing that everyone learns at a different cadence and at their best with different formats of education. Ahura AI has been developed precisely because personalized education is proven to be the most effective way to teach and learn. Ahura AI is driven to impact the near term forecasted job loss by retraining workers with relevant skills for the future workplace market. The company’s mission is to become the trusted platform for knowledge training, and to foster a learning culture worldwide for competitive edge. Ahura AI’s vision is to embolden human purpose by creating technology to educate and position 10 times more of the world’s population to take on the most critical challenges in the 4th industrial revolution. For more information about Ahura AI, please visit: www.ahuarai.com 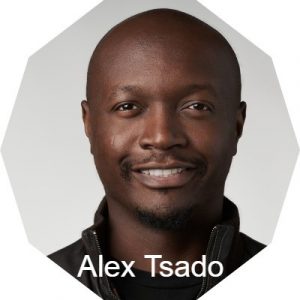 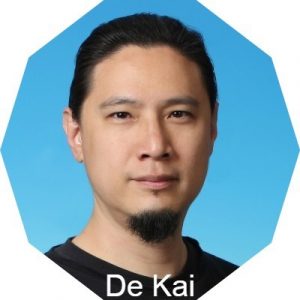